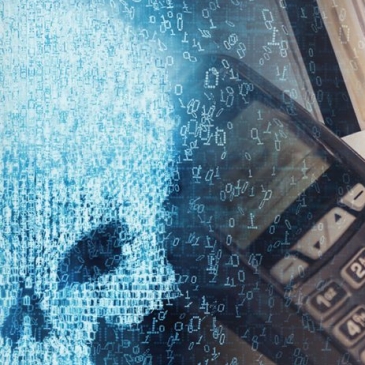 The peak of activity of Point-of-Sale (PoS) malware was in late 2013 (with the disclosure of the notorious Target breach), and over the course of 2014, when we witnessed the development and trade of new PoS malware strains. The vigorous discussions on hacking communities at the time, has led hackers to believe PoS malware would ensure them an easy profit. However, as time passed, END_OF_DOCUMENT_TOKEN_TO_BE_REPLACED 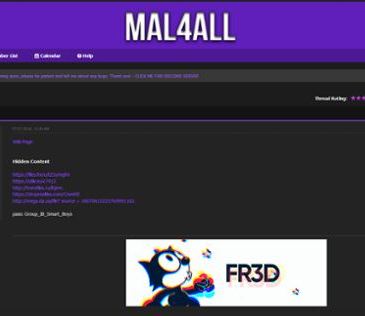 On July 6, 2018, a post claiming to contain the source code of Carbanak group malware was published on a Russian-speaking underground forum. Soon after the sharing of the code on the Russian underground, it was uploaded by an unknown actor to the text-sharing platform Pastebin, making it accessible to all. At the same time, malware researchers analyzing the shared code discovered the malware is not one used by the Carbanak group, but rather, it is the Ratopak/Pegasus spyware, used in attacks against Russian banks in 2016. END_OF_DOCUMENT_TOKEN_TO_BE_REPLACED 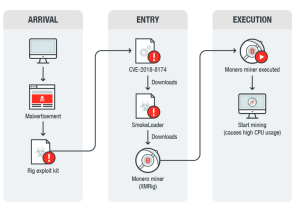 The CVE-2018-8174 vulnerability, also dubbed “Double Kill,” was discovered in the beginning of May 2018, when it was exploited as a 0-day in an APT attack leveraging malicious Office files in China. The vulnerability affects users with Internet Explorer installed, either after they browse the web or after they open crafted Office documents – even if the default browser on the victim’s machine is not set to IE. Moreover, it will also affect IE11, even though VBScript is no longer supported by using the compatibility tag for IE10. Microsoft patched the vulnerability on May 8, 2018. END_OF_DOCUMENT_TOKEN_TO_BE_REPLACED

Verint’s powerful portfolio of interception and monitoring solutions provides full monitoring and operational value. Dedicated systems address separate real-time and retroactive investigation needs, for lawful monitoring, field operations and background research. In the case below, we have used our Cyber and Webint suite to constantly monitor, collect and analyze malware-related items, to gain actionable intelligence and perform the investigation. END_OF_DOCUMENT_TOKEN_TO_BE_REPLACED

Since April 14th, when the Shadow Brokers leaked a new batch of files allegedly affiliated with Equation Group – an APT threat actor suspected of being tied to the NSA – Darknet forum members have been sharing the leaked attack tools and zero-day exploits among themselves. END_OF_DOCUMENT_TOKEN_TO_BE_REPLACED

During 2016, we witnessed the collapse of three major exploit kits that were previously used for massive malware delivery: Nuclear (first), Angler and then Neutrino (later). Along with other more private EKs (such as Magnitude), they caused major damage in previous years and served as infection vectors for many malicious malware-distributing campaigns. END_OF_DOCUMENT_TOKEN_TO_BE_REPLACED 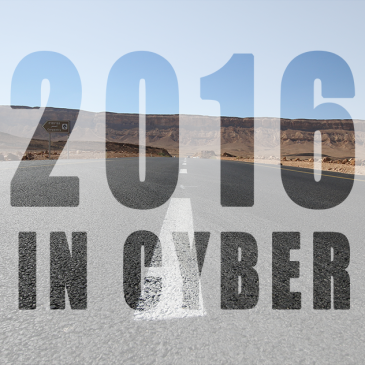 The following is an excerpt from the report. To receive a copy, please send a request to: info@sensecy.com

2016 has been replete with an unprecedented volume of cyber events of varying impact and future significance. From our perspective, on account of our persistent presence and active participation in discussions END_OF_DOCUMENT_TOKEN_TO_BE_REPLACED

Last week, SenseCy analysts happened upon a new sample of Shade ransomware, also known as Troldesh, which uses a no_more_ransom extension for encrypted files. This ransomware is far from famous, lacking the glorious END_OF_DOCUMENT_TOKEN_TO_BE_REPLACED 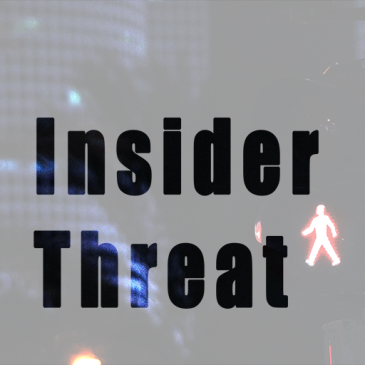 Insiders pose the most substantial threat to organizations everywhere, a recent across-the-board study conducted by IBM demonstrates. Although in the majority of the cases, the insider is an employee of the company, he could also be a third party, such as an external contractor, a consultant or a business partner. An insider generally has all the END_OF_DOCUMENT_TOKEN_TO_BE_REPLACED

We have been closely monitoring Cerber ransomware since it first emerged on a Russian password-protected forum, offered as-a-service for members only.

At present, Cerber ransomware constitutes a sophisticated malware threat to organizations. (it was responsible for more than 25% of the total number of ransomware infections recorded worldwide in June 2016, according to Microsoft). Files encrypted by Cerber are currently non-decryptable.

On August 23, 2016, a member of the same closed forum where Cerber ransomware is traded posted a detailed analysis of the loader that the malware uses to install itself. According to his post, he did this after hearing that the loader is very useful and capable of installing any malware without detection. His conclusion was that the loader does not employ any extraordinary methods to install the ransomware, but its tremendous advantage of being fully undetectable by AV programs is due to the usage of several rare code functions that are difficult to emulate.

First, he posted the full obfuscated code of the loader, explaining parts of it:

Summarizing the analysis, the post author concludes that the advantages of the loader are a good implementation of the payload download and execution and errors control. The disadvantages he mentions are weak implementation of obfuscation and anti-emulation, and low level of usability functionality. He also attached an AV scanner report from August 23, showing a detection rate of 15/40.

Several days later, on August 27, 2016, the same forum member posted that he had analyzed the latest version of the loader and was surprised by the fact it is totally undetectable by AV programs. Moreover, this version is capable of installing payloads from several alternative URL addresses and it uses improved debugging. This version does not use anti-emulation at all, but employs a unique method that totally blocks the AV syntax emulation.

Below is a description of the main techniques used by the loader to remain undetected:

The emulator will always output one single value and will never reach the part of the array when the right value is located. As a result, the emulator cannot perform the calculations, a critical error occurs and the AV programs are unable to identify the loader as a malicious file.